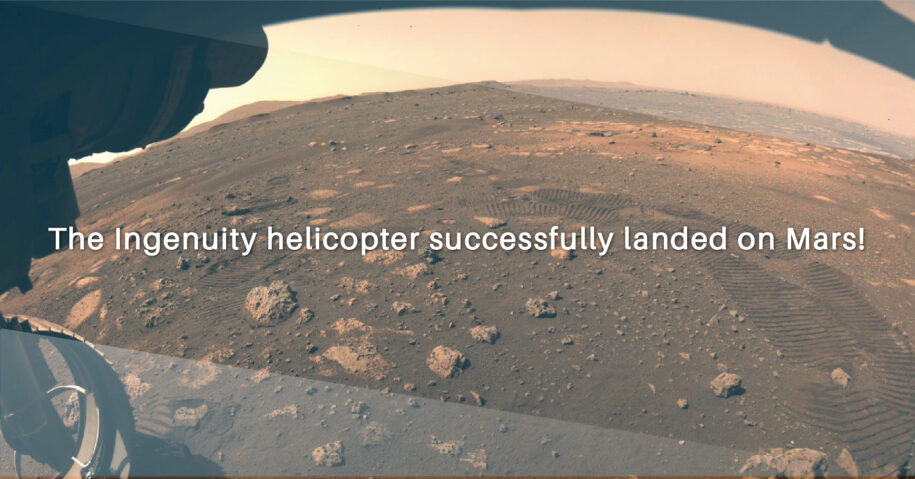 Posted by contacto@eurekaingenieria.com on 2021-03-22 | Featured

As predicted at the beginning of the mission, the Perseverance rover successfully landed on Mars on February 18, 2021. Perseverance brings the Ingenuity inside, which is planned to be the first helicopter to fly on Mars.

*Before reading this article, you can read: “Mars 2020, NASA launched Ingenuity to space” to get into context*

“Mission controllers at NASA’s Jet Propulsion Laboratory in Southern California have received the first status report from the Ingenuity Mars Helicopter, which landed Feb. 18, 2021, at Jezero Crater attached to the belly of the agency’s Mars 2020 Perseverance rover. The downlink, which arrived at 3:30 p.m. PST (6:30 p.m. EST) via a connection through the Mars Reconnaissance Orbiter, indicates that both the helicopter, which will remain attached to the rover for 30 to 60 days, and its base station (an electrical box on the rover that stores and routes communications between the rotorcraft and Earth) are operating as expected.” – NASA, 2021 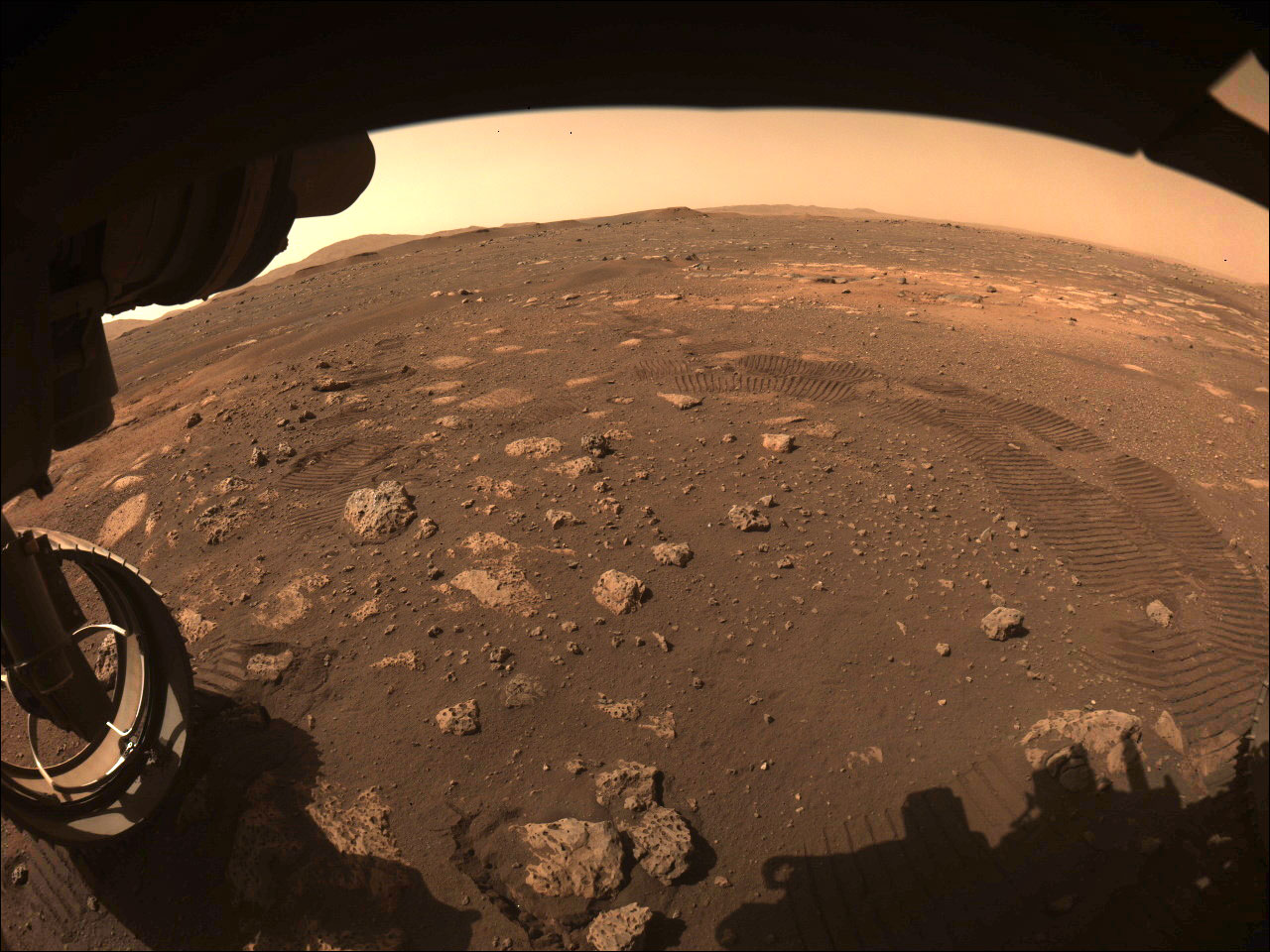 One day after the Perseverance rover landed, a high-resolution image taken during the landing was found. While NASA’s Mars Curiosity rover sent out a stop-motion movie of its descent, Perseverance’s cameras were meant to capture video of its landing and this new still image was taken from that footage.

This new video from NASA’s Mars 2020 Perseverance rover chronicles major milestones during the final minutes of its entry, descent, and landing (EDL) on the Red Planet on Feb. 18 as the spacecraft plummeted, parachuted, and rocketed toward the surface of Mars. A microphone on the rover also has provided the first audio recording of sounds from Mars.

NASA’s Mars 2020 Perseverance rover performed its first drive on Mars March 4, covering 21.3 feet (6.5 meters) across the Martian landscape. The drive served as a mobility test that marks just one of many milestones as team members check out and calibrate every system, subsystem, and instrument on Perseverance. Once the rover begins pursuing its science goals, regular commutes extending 656 feet (200 meters) or more are expected.

“When it comes to wheeled vehicles on other planets, there are few first-time events that measure up in significance to that of the first drive,” said Anais Zarifian, Mars 2020 Perseverance rover mobility test bed engineer at NASA’s Jet Propulsion Laboratory in Southern California. “This was our first chance to ‘kick the tires’ and take Perseverance out for a spin. The rover’s six-wheel drive responded superbly. We are now confident our drive system is good to go, capable of taking us wherever the science leads us over the next two years.” 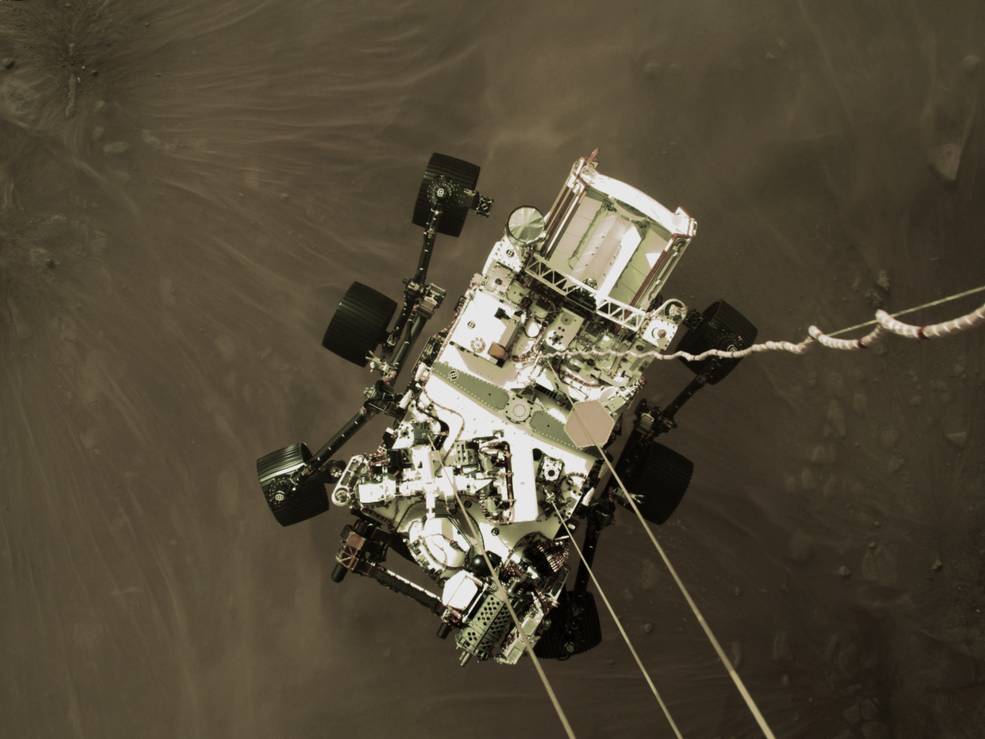 Regarding the ingenuity that continues inside the Perseverance, it can be said that it is in good condition, its batteries have been recharging for all these days since its landing, no failures have been monitored in its system, and it is expected that in about 10 days you will be ready to go exploring. This will be a milestone in science and in the usefulness of UAVs.

Stay tuned with us to find out when ingenuity takes flight on Mars for the first time.