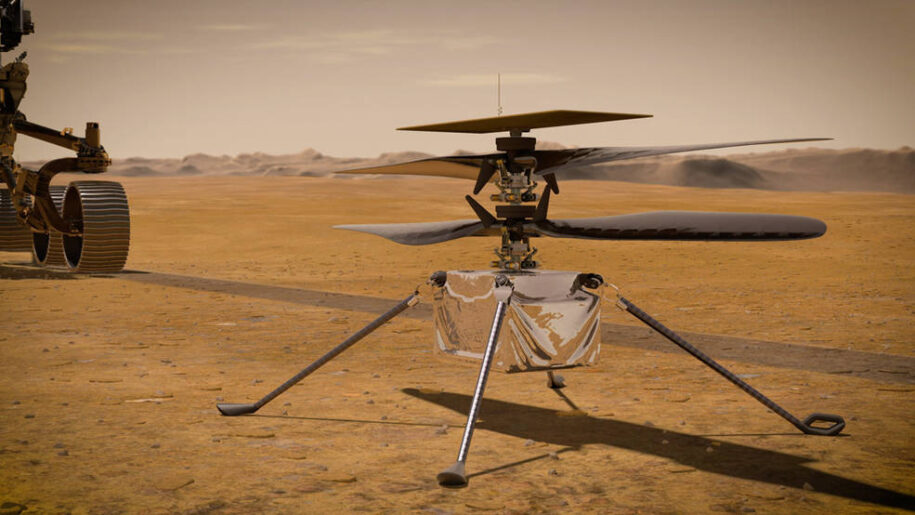 Posted by contacto@eurekaingenieria.com on 2020-08-28 | Featured

NASA’s Ingenuity helicopter was launched to Mars, successfully. It is a technology demonstrator of the Jet Propulsion Laboratory, which will evaluate whether it is feasible to fly on Mars safely, it will also provide a detailed mapping of the area that would provide future mission controllers with more information. It will also provide aerial images with approximately ten times the resolution of orbital images, showing features that may be hidden or excluded by mobile cameras.

Ingenuity was named for a college student called Vaneeza Rupani, who said: “The ingenuity and brilliance of people working hard to overcome the challenges of interplanetary travel are what allow us all to experience the wonders of space exploration, Ingenuity is what allows people to accomplish amazing things.”

What’s the mission of Ingenuity?

Ingenuity, is a robotic helicopter that is part of the Mars 2020 mission. It will serve as a technological demonstration to explore interesting objectives to study on Mars, and to plan the best route for the mission entrusted mainly to the Perseverance rover that will be placed on the planet, and future rovers on Mars.

Ingenuity is the first helicopter designed to fly in space, it underwent extensive flight dynamics and environmental tests, and in August 2019 was mounted on the underside of the Perseverance rover, where it constantly recharges batteries.

The helicopter uses counter-rotating coaxial rotors approximately 1.1m in diameter. Its payload consists of a high resolution camera with the objective pointing downwards to inspect the ground and thus detect where it is moving and be able to land safely later. Ingenuity mass is just under 1.8 kg.

Ingenuity was turned on in space for the first time last month, inside the Perseverance. “This was a big milestone, as it was our first opportunity to turn on Ingenuity and give its electronics a test drive, since we launched on July 30. Since everything went by the book, we’ll perform the same activity about every two weeks to maintain an acceptable state of charge”- Tim Canham, the operations lead for Mars Helicopter at NASA’s.

Perseverance is scheduled to land on Mars on Feb. 18, 2021. Then Ingenuity will descend to the Mars surface and take test flights. It will perform up to a maximum of five flights each of them will last approximately 3 minutes, reaching heights that range between 3 and 10 meters above the ground, being able to cover distances of approximately 300 meters per flight. It will be autonomous and will communicate with the Perseverance rover directly after each landing.

If it goes well, not only will it take a new perspective of Mars, it’s going to open new opportunities to explore the space.