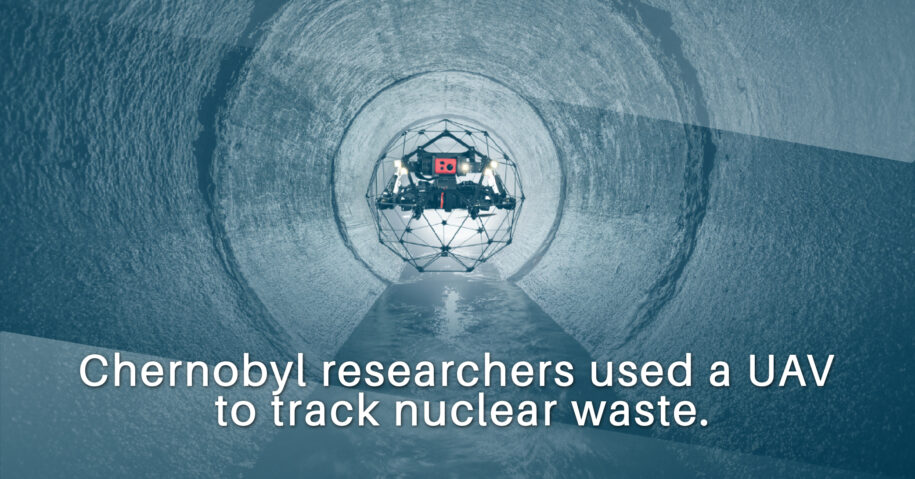 Posted by contacto@eurekaingenieria.com on 2021-06-10 | Featured

A mission was carried out at the Chernobyl nuclear power plant with the aim of determining whether there was nuclear waste in reactor 5.

At the time of the disaster, there was no record of whether the Reactor Five storage depots had ever received the uranium fuel rods. Thirty-three years later, the Chernobyl decommissioning team needed to know if there was any nuclear waste inside Reactor Five. To this end, they carried out a mission inside the Reactor to determine if there were nuclear fuel rods, and also if the primary equipment that would have been used in the reactor had ever been assembled.

They used an Elios 2 that is used in nuclear plant inspections, where it helps improve safety and significantly reduce the amount of time the plant is closed for inspection and maintenance purposes.

The Elios 2 featured a unique tool as it is housed within a protective cage, allowing it to enter confined interior spaces to collect visual data for inspection purposes. The risk was in access to areas inside the reactor where nuclear waste could have been stored. Using the Elios 2, the pilots were able to fly into Reactor Five and collect enough visual data to determine that the pools were empty and that no nuclear debris was present anywhere inside.

“The Chernobyl mission was stressful, because the wall we had to fly over was 70 meters high, so there was no way we could recover the drone if the signal was lost,” says Charles Rey, Flyability’s training manager and one of the mission leaders. “But the mission was a great success and the people in charge of Chernobyl were very happy with the video and images that we were able to collect inside Reactor Five.”

The result was very useful, as no evidence had been gathered that the storage pools were empty. After the mission, the Chernobyl decommissioning team planned to include the collected visual evidence in a report presented to international authorities on the status of the plant’s reactors, the drone not only made the investigation faster but also prevented it from being put the lives of researchers at risk if the reactor did contain uranium.