After years, now drones are the salvation of many lost hikers. 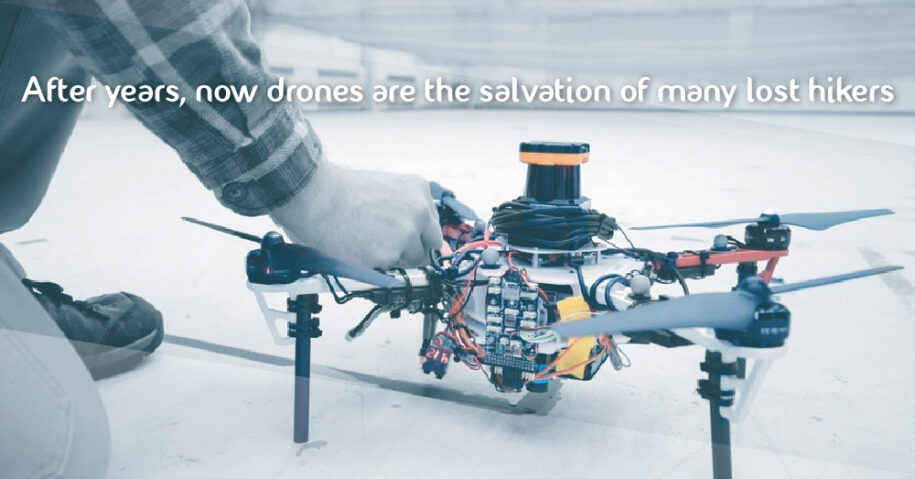 Posted by contacto@eurekaingenieria.com on 2020-12-23 | Featured

Finding hikers lost in the forest was a long and difficult process, as until not long ago, helicopters could not glimpse through the thick canopy of trees and ground searches were carried out by professional people who walked for hours, many times the missions were given for losses when the groups of rescuers reached lands that could not be crossed by walking.

Now things are different, since 2018 it has been proposed that drones join the rescue operations. This is because their system allows them to explore the terrain under the forest canopy where GPS signals are not reliable. Each autonomous quadrotor drone is equipped with laser range finders for position estimation, location and route planning. As the drone flies, it creates an individual three-dimensional map of the terrain. Algorithms help you recognize unexplored and already sought places, so you know when an area is fully mapped. An external ground station merges individual maps from multiple drones into a global 3-D map that can be monitored by human rescuers.

“We are basically replacing humans with a fleet of drones to make search more efficient in the rescue process,” says first author Yulun Tian, ​​a graduate student in the Department of Aeronautics and Astronautics (AeroAstro ).

The researchers tested several drones in randomly generated forest simulations and tested two drones in a wooded area within NASA’s Langley Research Center. In both experiments, each drone mapped an area of ​​approximately 20 square meters in approximately two to five minutes and collaboratively merged their maps in real time. The drones also performed well on several metrics, including overall speed and time to complete the mission, detecting forest features, and accurate map matching.

In addition, these drones now come equipped with object detection to identify a missing hiker. Once located, the drone labels the location of the hiker on the global map, so rescuers use this information to plan a rescue mission and can even bring food or messages for the hiker to the area, to ensure their well-being. They also feature a LIDAR system, which creates a 2-D scan of surrounding obstacles by firing lasers and measuring reflected pulses. This can be used to detect trees. Thus, when the LIDAR signal identifies a group of trees, an algorithm calculates the angles and distances between the trees to identify that group, so that they can know if they have visited that area before or if it is a new area.

Currently this drone search system, as well as the aforementioned improvements in the equipment, only works in the United States, Australia and some heavily snowed areas of Canada, however, its extension is expected to be global due to the success that these missions have had.