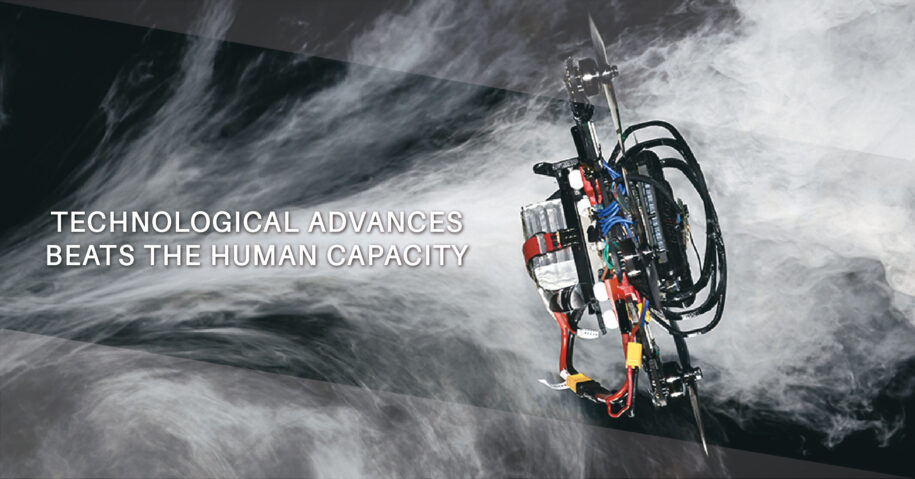 Posted by contacto@eurekaingenieria.com on 2021-10-11 | Featured

Will the time be coming when machines can overtake us? The University of Zurich has developed a new algorithm that exceeded the capacity of two experienced pilots in drone flight. A quadrotor that flies autonomously, managed to beat the flight capacity of these experienced pilots. The algorithm generates the ability to calculate optimal trajectory times, which was the main disadvantage of drones.

Drones have served us for multiple tasks in our lives. Now a day the main task of drone help us to find survivors on a disaster site, estimating crop yield in agriculture, delivering cargo in others. However, one of the main limitations has been their limited battery life, thus drones need to be quick. This forces drones to take the best trajectories to reduce flight times and thus be able to fulfill their functions.

A research group at the University of Zurich (UZH) developed a new algorithm with the ability to find the fastest flight path. This allowed a four-propeller drone (quadrator) to be guided through a serie of spots in a race against the best human pilots. Impressively the drone managed to beat these two experienced pilots.

Davide Scaramuzza head of the Robotics and Perception Group at UZH and Rescue Robotics Grand Challenge of the NCCR Robotics which funded the research says “The novelty of the algorithm is that it is the first to generate time-optimal trajectories that fully consider the drones’ limitations”. On the other hand Phillipp Foehn PhD student and first author of the paper explains that the key idea is to provide the flight points through which the drone must pass, but not the how or when.

The racing circuit was prepared by placing external cameras to capture the race and provide a real-time location system to the autonomous drone at any moment. The experienced pilots used the same quadrotor and had the opportunity to practice the circuit before the race to have fair conditions. Once the race started, the autonomous drone managed to be faster than the human pilots all the laps. When the algorithm found the fastest route, it successfully reproduced all laps unlike human drivers.

Future prospects for the implementation of the algorithm

For now, this algorithm requires the use of external cameras that allow the drone to have the position in real time. Also, now takes up to an hour for the computer to calculate the time-optimal route for the drone. Therefore, it’s still necessary to generate improvements to decrease the computational demand of this algorithm and include cameras in the drone for its use. This demonstration against experienced pilots is quite promising. The possibilities of implementation of this algorithm will help in many activities.