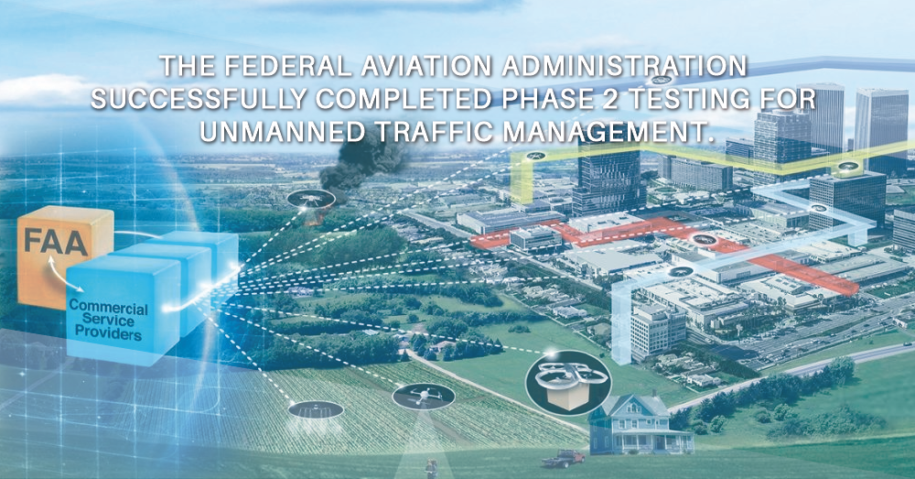 Posted by contacto@eurekaingenieria.com on 2021-02-25 | Featured

More than 40 people from 13 different organizations came together, to complete the work outlined in UPP Phase Two. Mark Reilly of AX Enterprize served as the test director and technical lead for operations, directing the flow of each demonstration scenario and confirming all systems were functioning properly. Tony Basile of NUAIR acted as the air boss, overseeing safety protocols and flight paths, and instructing pilots and visual observers throughout the event.

Three weeks of testing included more than 100 live and simulated manned and unmanned aircraft flights. The team achieved its goal of operations with high-density urban drones, with a maximum density of 18 aircraft (15 live and 3 simulations) in the air at the same time, within 0.2 square miles of airspace over central Rome.

In addition to high-density operations and UTM functionality, multiple other technologies and capabilities were tested and proved. Remote Identification (Remote ID or RID), which acts like a “license plate” for drones, was a key component of many of the demonstrations. The FAA is currently working on rules that will require drones to be identifiable while in flight.

NASA is an active partner of the FAA in these tests, and before the FAA began its own UTM tests earlier this year, NASA had already completed four phases of its own tests. So, in a way, Phase 2 of the FAA UTM tests could be seen as NASA Phase 6. The future of drones as an important part of the different public and private sectors will depend on the success of these tests by both NASA and FAA, Allowing UAVs to be considered within traffic and airspace will open the door for companies and industries to increasingly use drones as part of their logistics and infrastructure.