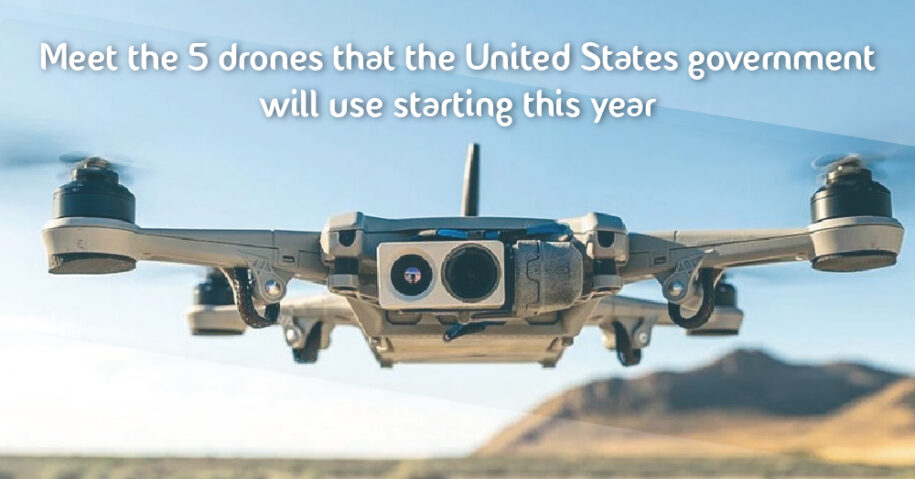 Posted by contacto@eurekaingenieria.com on 2020-11-26 | Featured

In the wake of federal agencies being banned from buying drones made in China, the Defence Department announced five drone companies approved for use. They have just completed a program designed to find drones that are most useful. Although the search program started in November 2018, they were recently forced to speed up the process and make a decision.

Today, the Innovation Unit of the Defence Department announces five of these drones that have been tested, approved and are now formally available for government use:

These drone models will be in the GSA program, which means that government agencies will get discounts on the price of UAVs. After working with these five companies and helping them tune their airframes, remove potential Chinese components, conduct cybersecurity penetration tests, and standardize communication protocols and controls, they were certified. Today the DIU believes that these specific drones are now ready for government work.

The basic performance requirements for the program were not overly demanding compared to consumer drones, but that does not mean that the candidates are suitable for the consumer.

Even the Parrot Anafi, which retails for $ 700 for the consumer version, now has a three-camera array with thermal imaging and a 32x digital zoom, is sealed so it can fly in the rain, and has special antennas for that can be controlled and communicated over the Department of Defense frequency bands. Each drone also had to weigh less than three pounds and “take less than 2 minutes to assemble and fit inside a standard soldier backpack.”

One of these five drones will be chosen to fulfill a mission that involves seeing every platoon in the Army deploying sometime in the next six months, according to DIU project manager Chris Bonzagni. The general idea is that each echelon of the US Army could have a different type of drone, such as the pocket-sized FLIR Black Hornet for each squad, a kind of short-range reconnaissance drone. Today’s drones are all candidates for that short-range reconnaissance (SRR) contract, specifically.

Obviously, the modifications that the US Army made to the UAVs won’t be able to be sold to the public, perhaps some of the implementations made by their own companies can be included in future versions.